At the 73rd WHO World Health Assembly held on May 18-19 this year, the International Council of Nurses (ICN) called on member
states to take urgent action to collect and share data on COVID-19 infections and deaths amongst health workers. By collecting this data and centralizing it with WHO, the lives of both nurses and the public would be saved, and we would be better prepared to fight the potential second wave of the virus. In its statement, ICN described the lack of a systematic collection of such data by
governments as “an immediate and serious threat to the safety of the public and to one our most precious resources, nurses”.

The data already collected by ICN through its member associations are alarming, indicating infection rates above 20% in some countries and the deaths of at least 360 nurses. ICN CEO warned that the situation may be far more grave than these figures suggest and that it is likely hundreds of thousands of health workers that have been infected and thousands of nurse deaths that may have gone unreported.

Therefore, ICN is calling to take immediate collective action and prioritize the collection of this data, not just for data’s sake but to be used to guide policy and strategy to save lives and defeat the virus. Public applause for nurses must not be used by governments to drown out their own responsibility to safeguard them. 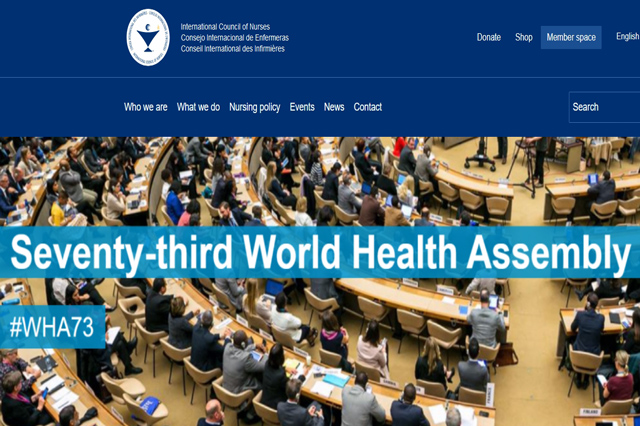