The 4th Symposium of Nurses was organized in Brcko by the Brcko District Nurse Association „Medicinar“ on 15-17 March 2019. There were in total 135 participants from the whole BIH and the region, including representatives of nurse associations from both BIH entities.

The symposium was focused on the public perception of the nursing profession, especially relevant because of the current problem of nurses leaving to work abroad.

According to the President of the Organizing Committee Fikreta Jusufovic, about 25 experienced nurses have left Brcko health facilities. Efforts are being undertaken to elevate the profession and allow nurses to devote much more time to patients, instead of acting as merely administrative workers.

The President of the Association's Steering Board Elvedin Duran pointed out that owing to the efforts of the health centre's management and the Government, nurses in Brcko now have good wages and overall good working conditions. However, they still do not have the place in the society they deserve.

The President of District Brcko Assembly Esed Kadric stated that further actions will be taken to facilitate the work and better appraise the importance of nurses in the health system.

The Government of Brcko District BIH was the main sponsor of the symposium, while Fondacija fami and the Strengthening Nursing in BIH Project provided a part of the funds needed. 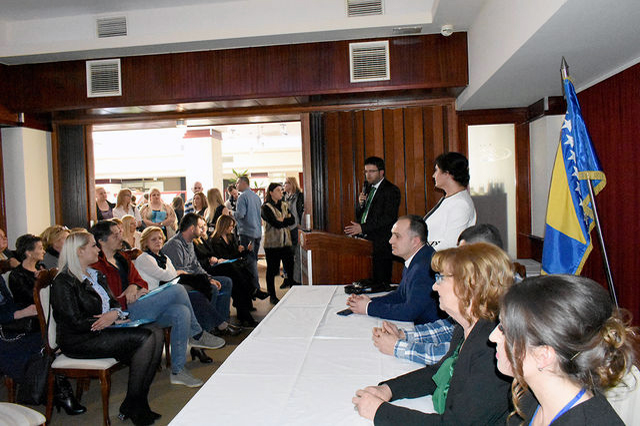